The Mandela Effect is the sharing of a memory or event that never really happened. So this is a false memory or different from how it actually happened. The Mandela Effect was invented by pseudo-scientist Fiona Broome. According to her blog, she recalled that Nelson Mandela died in prison and his funeral was later televised in 1980. However, he was released in 1990 and died in 2013. Broome said the human brain can alter memories over time.

The truth is that the Mandela Effect generates a lot of confusion among people. Indeed, with the explosion of new technologies and the Internet, many users share memories or evoke certain aspects that are far from reality. Continue to read and find out more about mandela effect and examples. 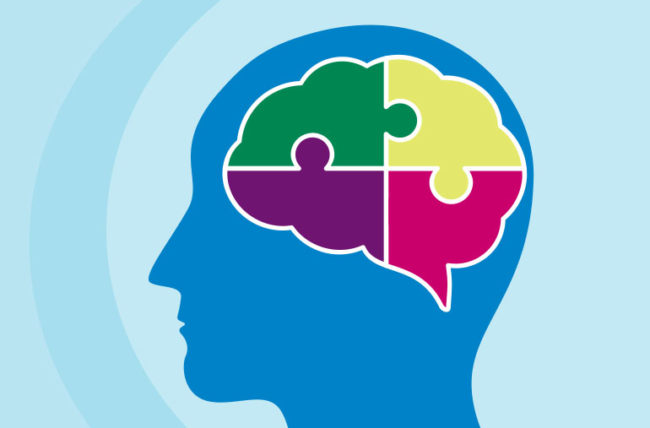 ” What? He is not dead? This sentence, you must hear it frequently, whether at family celebrations or in a pub. You then nod your head and sip your light, tasteless coffee, feeling bored. It always happens that someone thinks they remember an event that never happened, or at least did not happen as they imagined. In reality, false memories are not only the work of individuals. Whole crowds can also collectively remember things that didn’t happen – and this is called the Mandela effect.

This phenomenon owes its name to the fact that many people believed that Nelson Mandela had died in custody. What is wrong. Mandela was released from prison in 1990 and served as President of South Africa from 1994 to 1999. He died of pneumonia on December 5, 2013, surrounded by his family. The attentive reader will have noticed that 23 years elapsed between the presumed date and the actual date of death. When the news of Mandela’s death hit the media, many people were surprised – because they thought they could even remember televised recordings of his funeral.

It may seem unbelievable, but the fact that so many people have an erroneous collective memory of lived experiences is a very widespread phenomenon. There are examples of this kind in all countries and all cultures. Whether it’s music, movies or personalities in public life, nothing is immune to the Mandela effect.

Mr. Monopoly and his monocle

One example of the Mandela Effect is the Monopoly board game mascot, whose real name is Rich Uncle Pennybags, but is known to everyone as Mr. Monopoly. Some think that this character wears a monocle over his right eye, which is completely false since Mr. Monopoly has never worn a monocle. According to Dr. Gene Brewer, associate professor of cognitive psychology, it’s a matter of reconstructing memory. Brewer explains that when one tries to recall an event, one uses memories that revolve around taking elements from other events and placing them where they make sense. In the case of Mr. Monopoly, it is believed that many confuse his appearance with that of Mr. Peanut, another famous mascot from the same period. Mr. Peanut wears a hat, a monocle and a cane.

Do you also know the peanut butter brand Jiffy? It is a great classic that can still be found today in grocery stores. But do you know that this brand never existed? In fact, there’s a brand of peanut butter called Jif instead, without the “y” at the end. According to Dr. Brewer, it is still a confusion at the level of memory reconstruction. It is possible that the other brand called Skippy is just placed next to Jif on the shelves of stores where you shop. It would be the combination of these two names that would give the name Jiffy.

The Silence of the Lambs

In the movie The Silence of the Lambs starring Anthony Hopkins, there is a particular scene that became an example of the Mandela effect. When Hannibal Lecter greets Clarice who is played by Jodie Foster, you may recall that he says “Hello, Clarice” in a psycho voice. Well, think again since that’s not what Lecter says in the movie. In the scene in question, Lecter simply says “Good morning”.

Darth Vader and his secret

This is a very popular series of books towards the end of the 20th century which chronicles the life of a family of bears. The series includes hundreds of titles with the name Berenstein, or so those affected by the Mandela Effect think. In fact, the name of the bear family is Berenstain with an “a”. It’s a simple letter, but it’s already a big difference if you consider the number of books released. It was one of the examples of the Mandela Effect that caused the biggest debate since many firmly believed that the real name was Berenstein.

Tom Cruise and his glasses

In the film Risky Business, we all remember Tom Cruise dancing in his underwear and unbuttoned shirt and socks. But what is bizarre is the fact that fans of the film who decide to dress up as Tom Cruise almost all wear dark glasses when they want to recreate the scene in question. However, the actor was not wearing glasses in this scene. In other scenes of the movie, the actor was wearing his famous dark glasses, and that’s probably the reason why when we try to remember this part in particular, we start to recreate it with the elements we remembers in the movie.

Leonardo da Vinci’s famous painting is also one of the subjects of the Mandela effect. Indeed, many people believed that the Mona Lisa does not sport her famous smile on the painting. The fact that the young woman in the portrait is actually smiling really shocked these people. On the Internet, there are even some who say that all the images of the Mona Lisa portrait have been modified using Photoshop to put a smile on them. According to them, this is proof of the existence of several different realities.

This case is one of the most famous examples of the Mandela effect. This is a film that many people remember when in fact it never existed. The film in question is called Shazaam and it was “released” in the 90s. We think we see the comedian Sinbad in the role of a genius. It’s really strange that many people remember so many specific details about the movie since it was never released. The reality is that a movie called Kazaam came out in 1996, and it features Shaquille O’Neal playing the role of a genius. So you could say it’s the movie that people remember, but to think that different people remember another title and another actor seems pretty amazing.

What is the mandela effect?

The Mandela effect is a strange phenomenon. It is used to describe the case in which a large number of people share an identical false memory. They are convinced that an event has occurred when it is false, such as for example that Nelson Mandela died in prison. Since the Mandela effect federates a small community and in 2013 an official portal opens on the Internet on which some have fun listing the most common false memories. Among them was seeing the man in Tiananmen Square being run over by the tank, Hurricane Katrina which is believed to have occurred in April 2005, not August.

These erroneous memories are first explained by the effect of the time intervals between events. The older a memory, the weaker the memory of the event, and the less the difference between memory and information is detected. This principle is called the “principle of detecting divergence”. Therefore the memory is more likely to change if the person does not realize the difference between his own memory and the new information.

But how to explain the collective character of false memories? By the fact that they are contagious. A person will evoke them and may contaminate another by their errors or inaccuracies. Thus an entire group of people will be able to share an inaccurate memory in good faith.

Finally, a word must be said about the concept of cognitive dissonance, which may play a role here. When someone faces information incompatible with their beliefs, their brain is in an unpleasant state of tension. To find an acceptable way out, he most often chooses to reinforce his initial belief. This has the effect of making the opinion or the memory even more impervious to contestation or modification.

The existence of false truths shared by many can make us reflect on the unity of the world in which we live. It could be argued that we all live in parallel worlds made up of our own mental constructs, including memories, whether accurate or inaccurate; and that consequently we do not share with anyone the exact same conception of the world around us.

The Mandela Effect is a strange phenomenon that is used to describe the fact that a large number of people share an identical false memory. This term was coined by blogger Fiona Broome, who believed that Nelson Mandela had died in prison, when that is not the case. She realized one day that she was not the only one with this erroneous memory. The explanations are diverse. There is in particular that of the effect of the time intervals between events, which is called the principle of detecting divergence: the older a memory, the weaker the memory of the event, and the less the difference between memory and information is detected. False memories have a collective character, because they are contagious: one person can evoke them and contaminate another through their errors or inaccuracies. Then there is cognitive dissonance: this is when someone receives information that is incompatible with their beliefs. To find an acceptable way out, she chooses to reinforce her initial belief. Some more creative theories claim that our memory navigates between different realities.

Why is it called the mandela effect?

Nelson Mandela. He died on December 5, 2013 following a respiratory infection. The death of South Africa’s first colored president and one of the main icons of the struggle against apartheid occurred at his home after a long agony at the age of ninety-five, taken up by the most mainstream media. Communication. However, a large number of people were surprised by this fact, claiming to remember that the South African president had died in prison and even claiming to remember the scenes of his funeral. This is not an isolated case, but on other occasions a similar phenomenon has been reported in which some people remember things that, in principle, did not happen. Although many cases occurred before the death of the South African leader, this phenomenon has been called the Mandela effect.