Home Uncategorized 22 Signs That A Girl Likes You 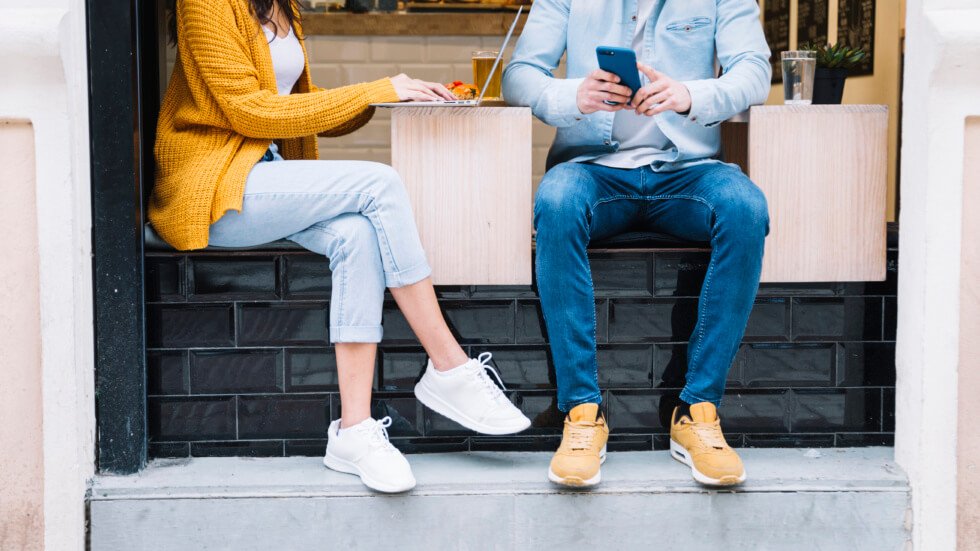 What man has never dreamed of having a manual to better understand women? It is sometimes difficult to understand their signals or their feelings. But the truth is, when you research and understand the psychology of women, the task becomes much easier. Women are not as complex as one might think. Continue to read and find out which are the signs that a girl likes you.

How to tell if a girl likes you 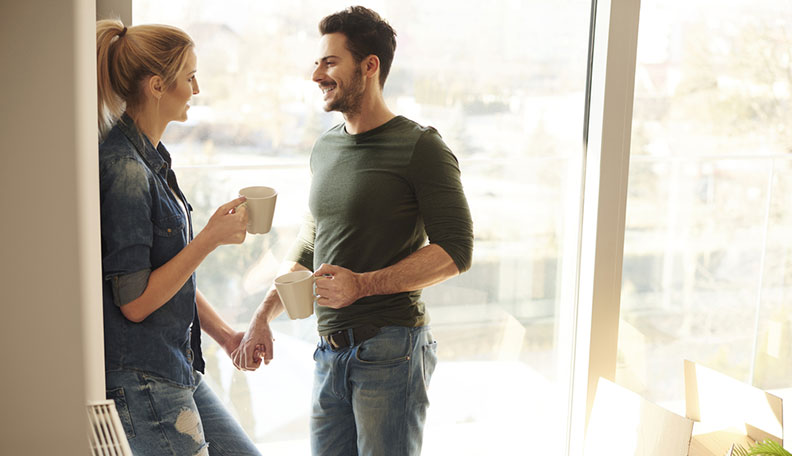 She looks at you often

She supports the gaze

A woman who stares at you is a woman who either finds you attractive or wants you to know that she wants you (it could also be to berate you, but that’s another story). In most cases, this is a good sign. It shows she’s attracted. Especially when she looks you deep in the eye during a blank (it’s a great time to kiss her). On the other hand, a woman who makes sure she never looks you in the eye or avoids your gaze is a woman who doesn’t want to show any interest in you. In other words, a woman who doesn’t want you to think that something could happen between you and her.

A girl who likes you will feel comfortable around you. She will feel comfortable touching you or being touched by you. She can therefore rub her chest against you “without doing it on purpose” (in any case, that’s the impression she wants to give), or even stick her leg to yours when you’re sitting next to her (or simply not withdrawing his leg during contact). You may also inadvertently touch each other while walking side by side, more or less by accident. Conversely, a woman who isn’t interested or doesn’t like you at all will try to keep some distance between you and her.

A girl who makes herself beautiful to see you is a girl who cares about how you perceive her. She wants you to find her beautiful and attractive. Similarly, a girl who takes care of her posture and constantly puts her face forward in your presence is a girl who wants you to see her in the best light. It’s usually a girl who sees you as a potential boyfriend. She is not indifferent to your charm.

When a woman makes sure to initiate a conversation with you, it’s not trivial. It translates a desire to be in your presence and to interact with you. And you’ll agree with me that it’s not the kind of stuff that a completely indifferent girl would do. Whether face to face, by text message, pick up lines, on Facebook, etc… a woman who initiates contact with you is a woman you do not leave indifferent. That said, it is not because a woman initiates contact with you that she is necessarily interested. This is why you should be attentive to other signs of interest that this one could send you.

She tries to play with you

A girl who tries to play with you, tease you, annoy you, etc. is a girl who tries to hold your attention. She’s a girl who wants to provoke a reaction from you. She wants you to play her game and start playing with her. It’s a good sign. She values ​​your presence a lot and feels good with you.

She invents reasons to be alone with you

A girl who secretly likes you or wants you to pick her up will create the conditions for something concrete to happen. She’ll put the two of you in a situation where you’ll be able to take action (like kissing her or sleeping with her). This is the reason why she will often make sure to find herself alone with you. And to achieve this, she can invent more or less bogus reasons.

A woman who asks you a lot of questions is a woman who is interested in you. A woman who is very curious about you is a woman you do not leave indifferent. This is especially true if she asks you questions about your family (for example if she asks you if you have any siblings, nephews or nieces, etc.). She invests a lot in the conversation and wants to know everything about you. Consciously or unconsciously, she is considering a more or less serious relationship with you.

She talks about you to her friends

She reacts to your body language

The way a woman reacts to your body language is a great indicator of whether or not she appreciates it. Women are indeed very attentive to the signals emitted by a man’s body. And if your body language is giving off the right signals, chances are she’ll answer you with a resounding “yes.” Let’s face it: Being good looking and fit can be helpful for women. However, the signals you send to them are much more important. Because it doesn’t matter what you look like or how wealthy you are, whether you’re short, fat, bald or stupid.

She blushes when she is near you

She blush when she develop a pink tint to her face due to embarrassment or shame. It’s common to blush when you get an unexpected compliment or like someone. So if you find that she blushes when she’s around you, that’s a good sign that she likes you. However, make sure she doesn’t blush so easily around other people. If she blushes only in your presence, this may be a behavioral trait of a woman in love in secret.

She leans over and tilts her head

If she leans into you when she talks to you, she’s trying to tell you she’s attracted. This is especially the case if you are with a group of people. She’s obviously more engaged with what you’re saying. It’s also a way to subconsciously pull you in his direction so you can have some two-on-two time. In the same vein, tilting the head shows interest and commitment. She lets you know she is present and in the conversation. Be sure to respect this sign and engage in conversation. Don’t bend over. You don’t want to appear attention-starved because you already have his attention.

Her personality changes when she is near you

Subtle personality changes will indicate that she likes you. However, they can also indicate that she doesn’t like you. Before you make any guesses based on these clues, you need to get an idea of ​​how she behaves around her friends.

When she does or says something, she looks at you to see what your reaction is

This is a huge indicator, quite easy to notice. This is especially the case when you are in a group of people. If she looks at you after you say something, that’s a great indicator that she’s seeking your approval or trying to impress you. Be careful when she tells a joke to a group of people. She will first look at your reaction to see if you find it funny. This is of course the case if she likes you.

She drunk calling you

Alcohol has a way of making you more honest with your emotions. So if she texts you and calls you when she’s drunk, she probably wants to be with you. It’s obvious that she has you on her mind and the alcohol compels her to act. If this happens frequently, then you might want to take the bull by the horns and set up a drinking date with her. It will be a great way to express your feelings for each other.

How to tell if a girl likes you over text 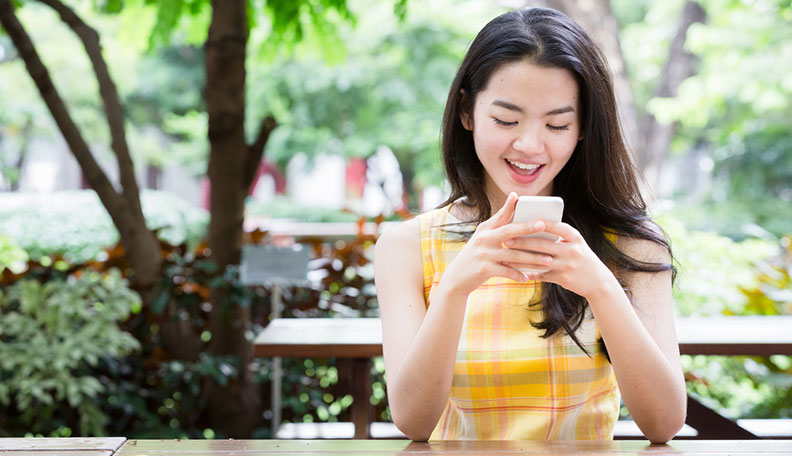 She answers you quickly

A woman who is attracted will often tend to respond more quickly than a woman who doesn’t care. Women who aren’t interested often take a long time to respond, or even don’t respond at all. Either because they put you after the rest (or because your message is drowned in the mass of messages she regularly receives from guys into her), or to subtly indicate to you that she is not interested, by putting distance between her and you (think about it if you’re wondering how to know when you’re annoying someone by text).

She writes to you spontaneously

This is a particularly telling sign of interest. It indicates that the girl in question is interested in you. And that she invests herself in the conversation. A woman who replies to your messages is one thing: she may just want to be polite. But a woman who writes to you on her own, whether to make a comment or to ask you a question, is something quite different: she actively participates in the exchange. What an uninterested woman wouldn’t do. At best, an uninterested woman is content to reply to your messages (sometimes several days later). And in many cases, she simply ignores you.
She asks you questions
A woman who asks you questions is a woman who is interested in you. It’s a big sign of interest. Especially when she asks you about yourself. Because it shows that she is trying to get to know you, or at least to fill in the blanks in the conversation (which betrays a need to please). Conversely, an uninterested woman will ask you no (or very few) questions. And will simply respond to yours, often several hours (or days) late.
She sends you long messages
A woman who sends cobblestones to a man is a woman who is invested in the exchange. It is therefore a woman for whom this exchange is important. If she sends you stones, then it is a woman for whom YOU are important. So if she writes cobblestones, it’s a good sign. Conversely, if these messages are short, it is rather a bad sign. This reflects a lack of investment on his part.
She revives the conversation
A woman who restarts the conversation on her own following a pause in the exchange or a lack of response from you is a woman who invests herself in the exchange. You are therefore not indifferent to him. She takes the trouble to start the conversation on her own because she wants to get things done with you. This is a particularly telling sign that a woman likes you or is sexually attracted to you.
She sends you several messages in a row
It’s not the most telling sign of interest, but it might tell you some interest on her part. As we have seen, an uninterested woman will often be succinct in the messages she sends you. She will send you dry, short answers. Often in one message. A woman who sends you multiple messages in a row is a woman with a higher level of interest.
She compliments you
A woman who compliments you is often a woman who tries to show you her interest in her. It can be a compliment on your personality, a compliment on one of your clothes, a compliment on your physique. Be careful that said, it is not because a woman compliments you that she is necessarily in love with you or sexually attracted. You have to distinguish the compliment from the good friend (who has friendzoned you) from the compliment from the girl who is trying to flirt with you.