Home Uncategorized Best Board Games To Play With Family And Friends 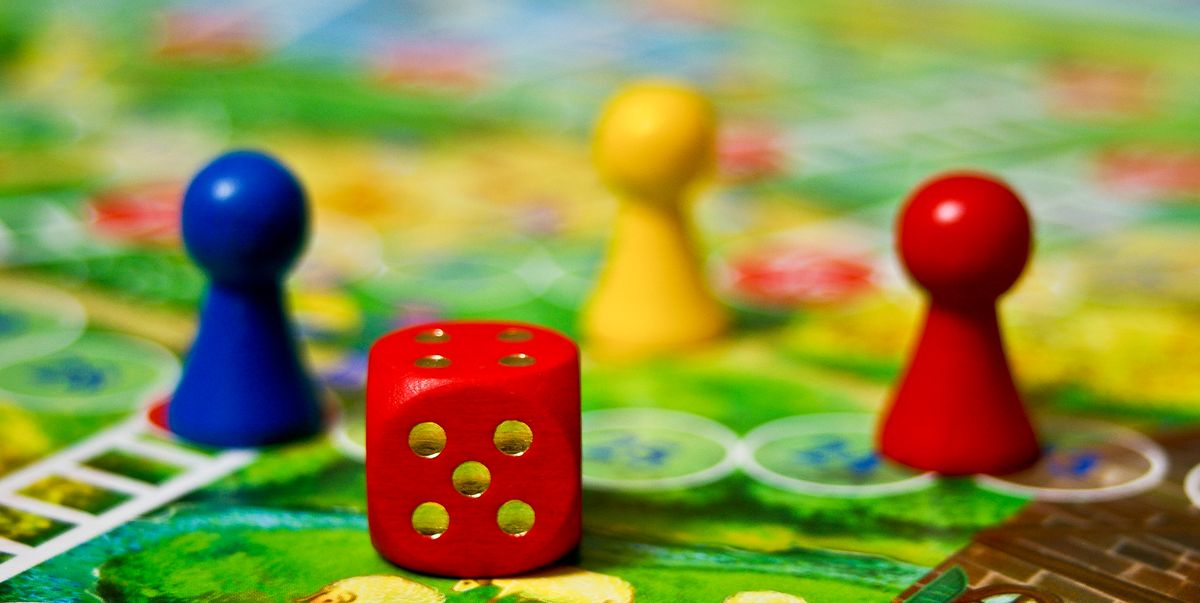 Monopoly, Risiko, Cluedo: these are just some of the best board and party games ever, with which everyone, at least once in their life, has played. Although with the advancement of technology new video games are continuously launched on the market and although young (and not so young) now spend hours glued to the screens of their smartphones, famous board games will always remain the best way to have fun in company.

For this reason, new board are designed and put on the market every year, alongside the classic board games. Some, like Dixit for example, have even surpassed its success. Obviously, it is impossible to know them all and it is not easy to find them in physical stores, where for obvious reasons of space you have to make a selection of the goods. Read down below and see which are the best board games to play.

Monopoly is one of the best fun party games available in various versions: the classic one, the junior one and many others. The name comes from a monopoly, and your aim is to gain domination of the market by a single vendor. The game is turn-based: each player moves his pawn after rolling the 2 dice by buying and selling properties, consisting of houses and hotels. During the game it is possible to buy companies and stations, but also to end up in prison or face penalties. It is played from 8 years.

Scrabble, also called Scarabeo in Italy, is one of the best fun boxed games on the market. It consists of a square chessboard made up of 17 squares per side and involves the use of 130 tiles arranged in a bag and initially distributed to each player. Each tile corresponds to an alphabetical letter and in some cases to the image of a beetle ( jolly tile ). Each tile has a predefined score. Your aim is to get the highest score based on the sum of the value of the individual letters that make up the words that you will be able to arrange on the board, which also has special boxes that help increase the score by doubling or tripling it.

Ticket to Ride is a game in a railway setting where players (from 2 to 5) have to build a railway network, connecting the cities on the board according to the objectives provided by the cards. The game is available in multiple versions where each board represents a specific nation with some basic rules. Each player will have to build a route between two cities and, based on the length of the route built, they will be credited with points. The player with the most points wins the game.

Carcassone is a German-style board game based on tiles depicting parts of cities, streets, fields and so on and whose purpose is to create the medieval city of Carcassonne. Each construction obtained with tiles and pawns will give you points that will allow you to move forward and reach victory. Carcassone is also available in other versions: South Seas, Sheep and Hills, Amazon River, The Princess and the Dragon and many other adventures to try to have fun with a large number of players.

Catan is among the best fun group party games set in the Middle Ages with a civilization and construction theme. In this basic version “The Settlers of Catan” players will have to produce materials and colonize the entire island by building roads, cities and settlers. On the island you will find raw materials such as rock, wood, clay, wool and wheat to trade in order to reach your ultimate goal: to create many cities on the island.

The Magic Labyrinth is one of the funniest board games where players (maximum 4) can move their respective pieces on a board featuring a maze. It is a strategy game that requires mental flexibility. In all, 24 spell cards are dealt, representing the goals each player must achieve. Each target can be a particular object (map, spellbook or other) or a character (dragon, ghost, etc.). The board is made up of fixed tiles that indicate the features of the labyrinth and 34 movable tiles that are placed at the beginning of the game randomly. 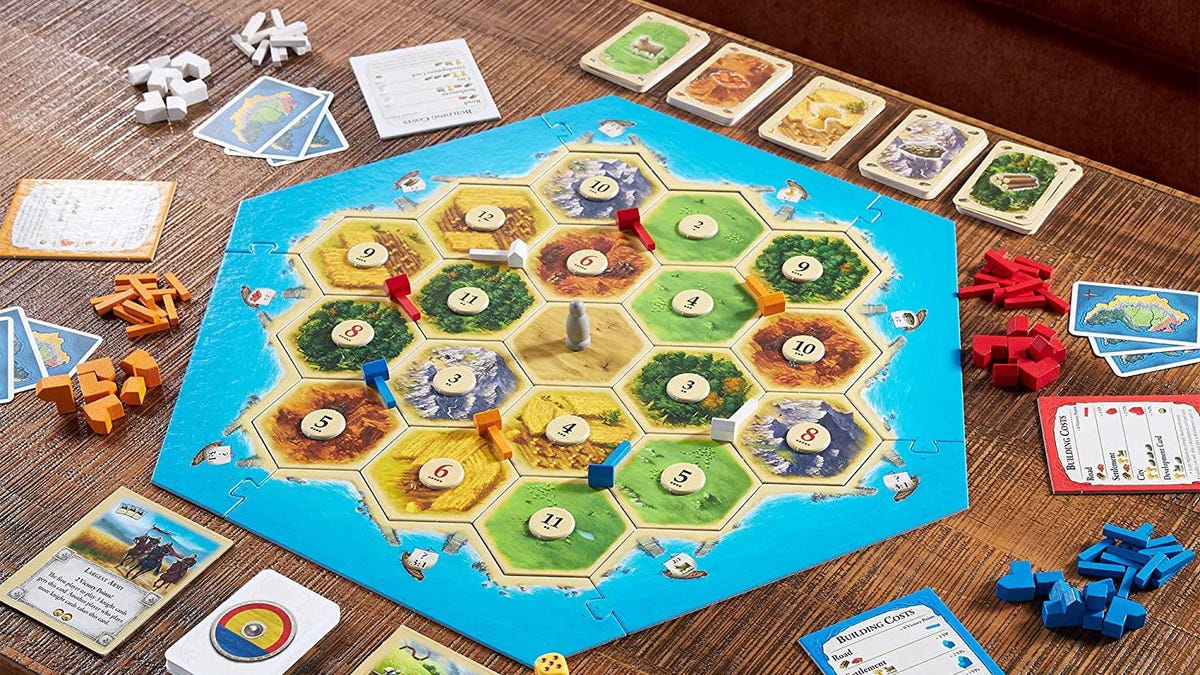 A great classic, perhaps the most classic of board games. So much so that many versions and variations have been distributed, although the original – distributed in Italy in the late 1950s and initially created by the New York architect Alfred Mosher Butts in 1938 – retains its charm intact. After receiving a certain number of letters to use – which must be kept secret – each player accepts the challenge, in his turn, to use them by joining them on the board to compose the longest possible word. A classic, timeless game, suitable for everyone and on all occasions. Like all language-based games, it is especially fun when there are disputes over the existence of a word or when a particularly daring player invents a ridiculous one in the hope of taking home a valid score.

Edited in the form we know as a boxed game in 1985, it is based on the classic in which a player draws and a member of his team has to guess what he is drawing. The most classic of the party games, together with the game of mimes (which – I point out – had a splendid edition dedicated to the show in the 90s, and was then translated into the famous Indomimando). You can play this too, as a naval battle, with a pencil and a piece of paper. The scoreboard is used to advance the players who guess more often, leading them to victory, but it is just as simple and fun to assign a score to be achieved by guessing.

Each player receives cards and plays, in turn, the role of the narrator: the aim of the game, in fact, is to guess the illustration shown on the card described by the narrator. As with Taboo, the game becomes more personal and original based on the harmony and experiences shared by the group of players, which varies from a minimum of three to a maximum of six. The games are quite fast, last an average of half an hour at the most, and feed the imagination of the storytellers and competitors at each turn. Perfect for evenings with family or friends, it is indicated as suitable for children from 8 years of age.
Chess
Well, yes: technically, chess is a board game. The limit is that of the two players, but that doesn’t make it any less exciting. If anything, easier to practice even in the absence of a large group willing to play. Tactics, strategy, techniques described in a large number of texts: we have been passionate about chess for centuries. Invented on the Indian continent around the sixth century, they arrived in Europe at the beginning of the first millennium: traces of them can be found as early as the year 1000. The pieces and rules have evolved over time, but the substance has remained intact: a strategy game that confronts two opponents, forcing them not only to plan their moves but also to respond to those of those in front of them.
Twister
Add a pinch of fun to a party or family night out with this entangling game for players! One person spins the wheel – and see what the next move is as the players try to keep their hands and feet on the mat! Right foot on the red! Who can do it? Left foot on the green – who did it happen to? If a player touches the mat with an elbow or knee, or falls, he loses. The last player standing wins!
Jenga
Do you want to have a gaming experience that brings together friends, skills, suspense, laughter and maybe a little luck? Get Jenga Classic! The ideal game for everyone, the anti-gravity action keeps you in suspense. Get started now and pull off your block or take some time to study the stacked structure? Whichever method you decide to adopt, demonstrate your Jenga style! 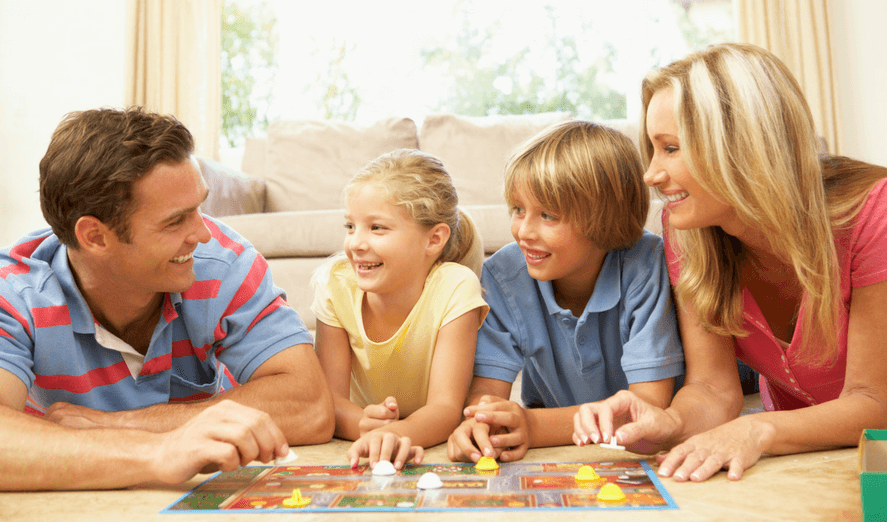 Who is able to make sure that their teammates can say “foosball” without saying “arcade”, “game”, “pinball”, “tilt” or “roll”? It’s not that easy, is it? When playing Taboo, obvious clues are strictly prohibited. Players defy time as they try to give creative and carefully worded clues to make team players guess the words in no time! But don’t say the banned words or the squeaker time comes, that is, to miss the point. Players can also play with the dice of fate to put the situation back into play. If it ends up on Single Fortune Teller, only one teammate will be able to guess on their turn. With 4 more chances on the dice, players would be better off being smart, quick and willing to take some risks, but don’t get blocked by the squeaker!

Gather your friends to play the trivial game that started it all! The classic edition of Trivial Pursuit is the same game we know and love, but with a retro 80s look. The game, with its classic modes and board, contains 2,400 questions divided into 6 categories: Geography, Entertainment, History, Art and Literature, Science and Nature, Sport and Leisure. The players move around the board answering the questions. When a player arrives on the space of a category he wins the corresponding colored wedge if he answers the question correctly. The first player who gets 6 different colored wedges and answers the final question correctly wins! The cultural board game par excellence!

Who hasn’t wanted to play the legendary Jumanji board game and relive the emotions of the film released in 1995?! In the wild world of Jumanji, only the dice can save you from the pursuit of lions, the charge of rhinos and the jaws of alligators. Take your piece, roll the 8-sided die and go through the jungle. Draw a danger card. Use the decoder to find out the secret message and see if the worst happens. Your teammates must race against time to save you. The jungle begins to fill the apocalyptic grid with threats. If the grid fills up completely, the jungle will engulf you and your companions and make you lose.

If you usually have a lot of relatives or friends to spend your evenings with, Articulate! is the game for you. Appearing on store shelves, for the first time, in 1992, it is a classic of general knowledge quiz games with which almost anyone can get involved (as long as they are adults). Unlike many board games, it can also be played by a group of more than 20 people. So, as long as you split into teams of at least two people, there is no real limit: as you can imagine this makes it perfect for parties.

Just like in the Redwall novels, each player commands a tribe of animals and must fight for their place in a forest clearing. The base game gives you control of four factions, including the “Marchesa de Gattis” who dominates the woods and fights the rebellion, the birds that operate through espionage, and the Alliance of the Woods, an insurrection of “peasant animals” ”(Mice and hedgehogs) trying to conquer their freedom. There’s even a lone raccoon sneaking around the board in an attempt to complete its goal. In short, a serious and absolutely adorable thing.